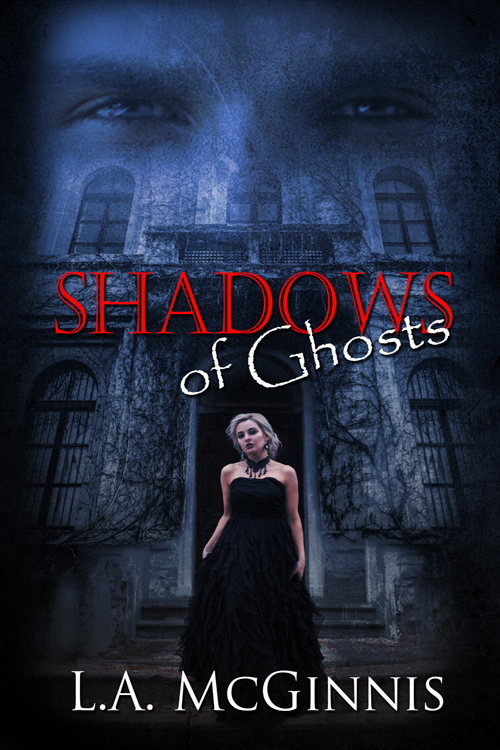 Driving to South Carolina to claim an inheritance from a total stranger didn’t figure into Logan Dean’s long term plans. But she’d be a fool to pass up an opportunity, and her mother didn’t raise any fools. Now she’s fighting to stay alive in the middle of a vampire war. Thankfully, she’s discovered an ally in mysterious Ian Grant. As her feelings for Ian grow, Logan realizes if she wants the love she deserves, she’ll have to fight the demons of her past. For over a hundred years, cynical Ian Grant swore to never love another woman. But from the first time he saw Logan, he knew an ancient part of his history had come back to haunt him, and the one thing he doesn’t want becomes the one thing he has to have. Two irreconcilable lives, five hundred years of history, and all they have to do to live happily ever after is defeat the evil that threatens to tear them apart.

Excerpt from Shadows of Ghosts:

When Ian’s golden eyes locked on hers, a strange, sweet feeling swept through her.  He…dazzled.  With his fallen angel beauty framed and hair the color of copper and a body that flowed gracefully, like smoke.  But it was the eyes, she decided, eyes as gold as Midas, that did it for her, slanted above a smile as dangerous as a predator’s.  A wondrous feeling blew through her, like she’d missed him, like her heart had been broken a thousand times and now was finally whole.  He was how home smells when you don’t even know how much you’ve missed it until you come through the front door and there it is.  Waiting for you.

“Who the hell are you?”  She managed.  The fierceness of that gaze set off another sensation, and as need curled through her, she reeled.  She knew what his mouth tasted like.  His weight on her body.   Because she’d felt them before.   Logan staggered forward and was caught by strong hands.  “Oh God, what’s happening to me?”

His breath feathered her ear. “It’s why you’re here.  You’re curious, aren’t you?  You feel…something, don’t you?”    Logan stood helpless, and when he reached out and tucked a stray hair behind her ear, a gesture so tender, yet so familiar, it took her breath away.  “You always had the most beautiful hair.”

“What is kind of games are you playing, Grant?”  Logan managed.

“Unfortunately for us, Miss Dean, this is not a game.”  Clouds covered the sun, plunging the room into darkness.  Right about then she realized they weren’t alone.