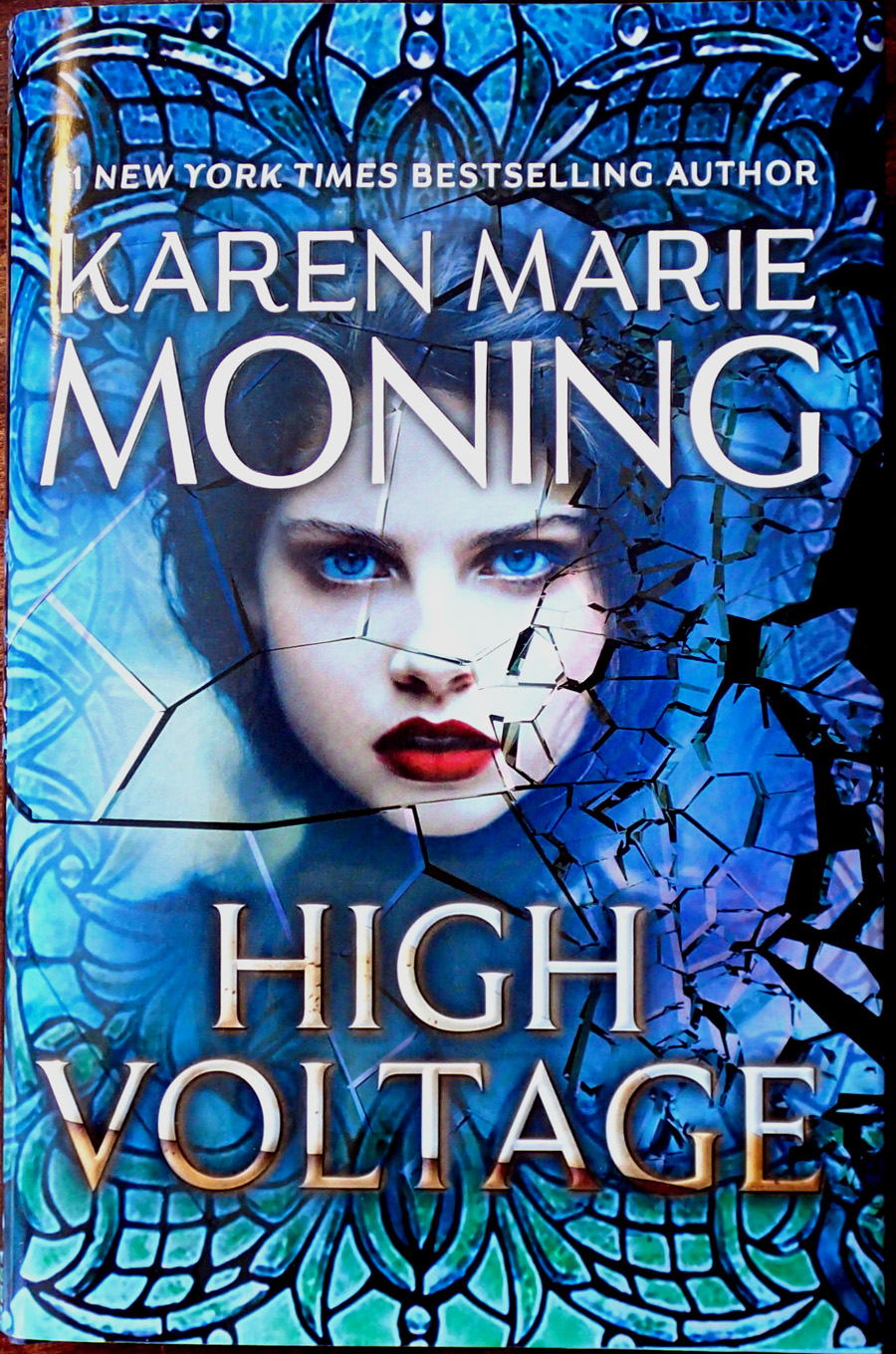 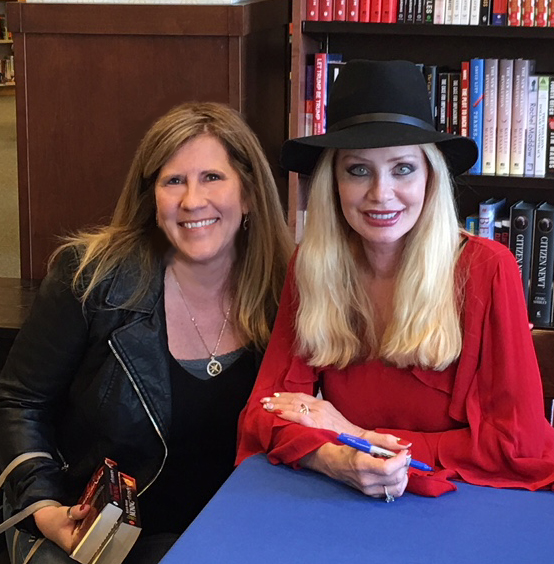 I’ve spent way more time than I’d like to admit obsessing over what to do this year.  Trying to fit in solid, productive writing time, plus working full time (gotta pay those bills) leaves little time for the fun stuff associated with writing- aka, the reading part of it.  My plan this year was to attend some author events, just to see how the big girls do it, and had several on my schedule.  My two favorite authors- Karen Marie Moning and J. R. Ward both had big books coming out this spring, and both (somehow) managed to have signings close enough to me that I could work in a day trip for each.

So I decided to trade a big event – the 2018 RAGT (Reader Author Get Together) – for two smaller, more intimate signings.  I’d been to the last 4 or 5 J. R. Ward signings, but had never met Karen, and was really looking forward to it.  So last weekend we headed to Cincinnati.

Wow, was I impressed.  Both with the event itself and with Karen.  What a class act.  She’d had her big Dublin signing the weekend before and even though she’d picked up a bug, she was incredibly gracious and sweet.  Interacting with people for six or seven hours is not easy, especially when you’re not feeling your best, and it ended up turning into a long day.  So here are my takeaways:

Hands down the best book cover of the past 12 months

I’m about halfway through (trying to finish 3 other books for book club meetings this week and it’s actually killing me to know its there and I don’t have time to read it) and so far I am, as always, blown away.  Both by her writing style and her story structure.  Incredibly complex and character driven.  She talked a lot about emotional currency, and this book has it in spades. 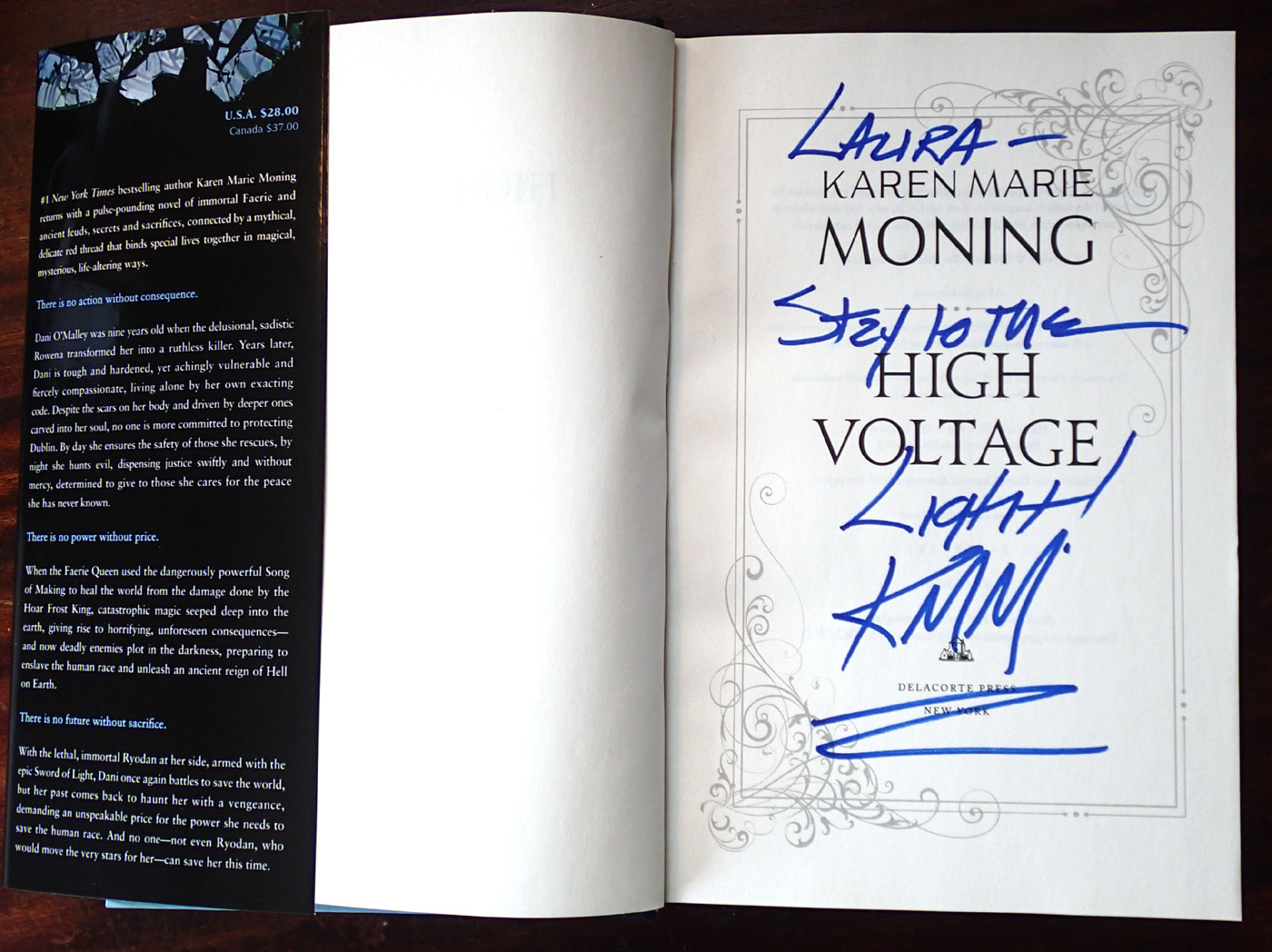 She held the event at Newport on the Levee (KY), which is across the river from Cinci, I snapped a sweet shot of the city: 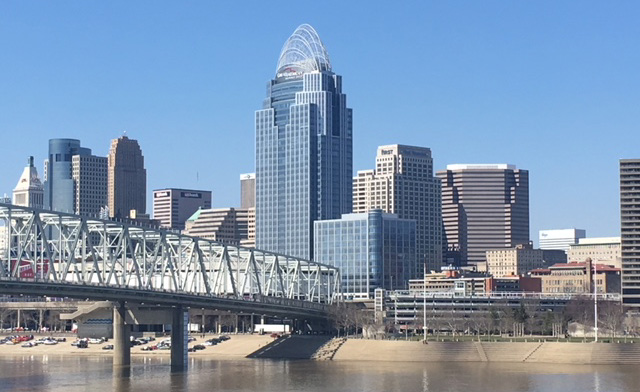 As some kind of bonus, it was 56 degrees that afternoon and we sat in the sun for about a half an hour while we waited, first sun I’ve seen in almost three months.  Ohio is a cruel state in the winter, I kid you not.

All that being said, this was more what I expected when I think of a traditional book signing.  Interaction with your readers, a long, detailed Q&A, focusing on the current book, past books and future WIP’s.  It was refreshing to hear that she struggles with so many of the same writer problems, time management issues and general issues with plotting and character development we all do.  I wanted to scream “YES” several times during her talk.  I resisted the temptation.   Plus, I think I must buy a hat.  -LA

If you have never read Karen’s work, she had two distinct lines,  one is the Highlander series (paranormal romance), the other is the Fever Series (urban fantasy).  I’d recommend both!!