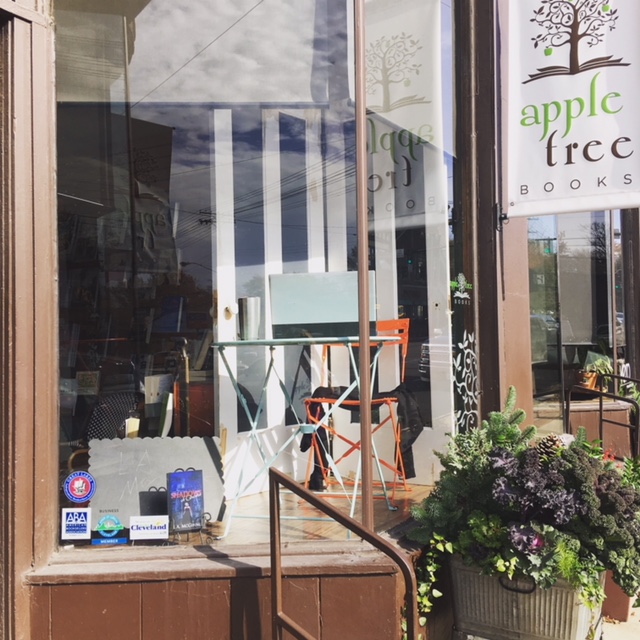 So I had this brilliant idea to volunteer for something that sounds kind of like a cool science experiment- writing in a store-front window at a bookstore up in Cleveland- AppleTree Books.   The basic concept: sit in the window, write, maybe talk to some people about writing, get work done, have fun.  Win-win.

As a bonus?  The whole month of November was NaNoWriMo, so I absolutely needed to get at least 50,000 words written last month. (I was actually shooting for 65,000-70,000.)  But let’s keep it real.  I’d have settled for 50,000- that’s solid first draft territory.    I’m currently working on a new series that I’m super-excited about, so every day of last month was spent stealing writing time from real life. You know, my house was pretty much a disaster  (I finally cleaned it up today), we ate tons of take out food, (still ate take out today) and I have a huge pile of laundry that I still need to get to, but wonder of wonders, I managed to end up with 71,644 words!  That’s right- not only a solid first draft, but one that’s actually divided into (gasp!) chapters, and even has cool stuff like plot twists and some complicated character layering that worked out pretty well in the end.  I still need an ending, but that will come with the first round of editing.

But back to the subject….writing in that window. I’d been advised to dress in layers, so that I did, ready to strip down, hopefully not to Amsterdam red-light standards, and there’s not a lot of room, so I only brought a laptop and myself, and a big to go cup of coffee.  See?  I was totally prepared.  Like a boss. 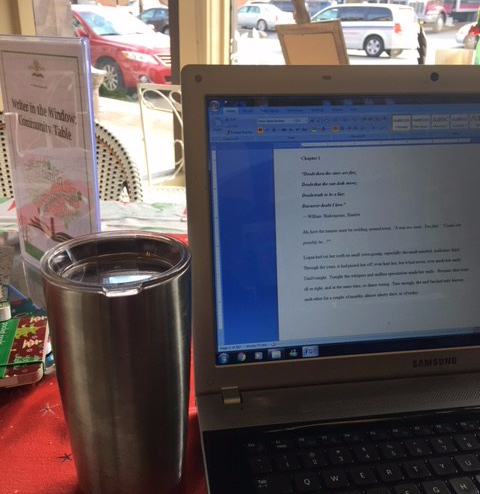 Problem was, the day I volunteered to write in the window it was about 68 degrees out, even though they were decorating for Christmas, which meant it was about 101 degrees up there under glass.  I decided I was tough.  Hell, I’d had kids.  I LOVED the sun!  I could do it.  I stripped down to a t-shirt.  Let’s do this people!

I lasted all of twenty minutes and ended up writing for two hours at a table in the shade in the back of the bookstore in relative comfort. Such a wuss.

If you’re ever in cleveland Heights, check out Appletree Books, it’s the most charming, eclectic bookstore I’ve ever been to, and Jane is so helpful and knowledgable! 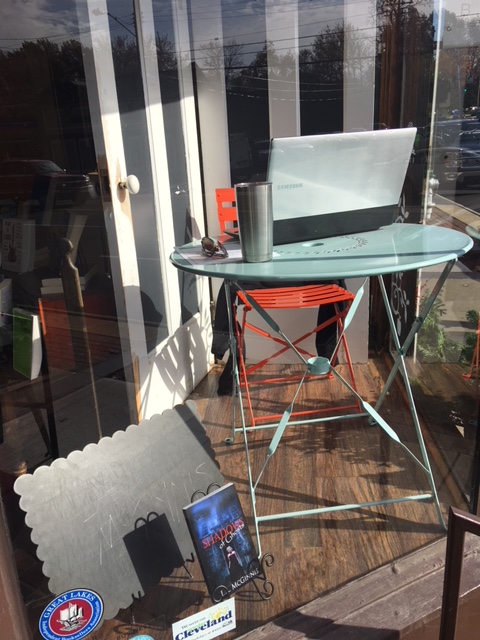