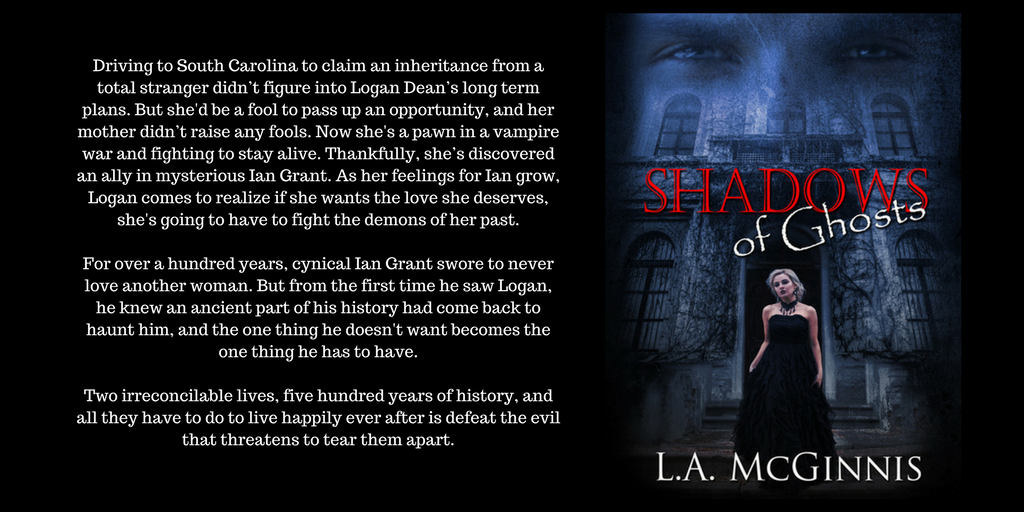 “The only way to their future is through the past.”

I am ridiculously excited about today!  In a pinch-me kind of way! After years of work, and about fifty- probably more- edits, this story is finally ready to be unveiled.  I’ve been asked for a longer excerpt from the book, so here it is:

…Ian moved quicker now, but Logan didn’t back away, fueled in part by her own curiosity and because nobody pushed her around. When his golden eyes locked on hers, a strange, sweet feeling swept through her.

The man…dazzled. With his fallen angel beauty framed by hair the color of copper and a body that flowed as gracefully as smoke. But it was those eyes, she decided, eyes as gold as Midas that did it for her, slanted above a smile as dangerous as a predator’s. A wondrous feeling blew through her, like she’d missed him, like her heart had been broken a thousand times and now was finally whole. He was how home feels when you don’t even know how much you’ve missed it until you step through the front door and there it is. Waiting for you.

“Who the hell are you, Grant?” She managed, as he stopped a few inches away. The fierceness of his gaze set off another sensation, and as need curled through her, she reeled. It was as if she knew. Knew what his mouth tasted like. His weight on her body. Because she’d felt them before. Staggering forward, Logan found herself caught by capable hands. “Oh God, what’s happening to me?”

His breath feathered her ear. “You’re curious, aren’t you? You feel it, don’t you?” Logan stood helpless, held in place not by him but by something inside her that made it impossible to leave. And when he reached out and tucked a stray hair behind her ear, a gesture so tender, yet so achingly familiar, she couldn’t breathe. “You always had the most beautiful hair.”

“What kind of games are you playing, Grant?” Logan managed.

“Unfortunately for us, Miss Dean, this is not a game.” Clouds covered the sun, cutting off the nimbuses that fractured the gloom, plunging the room into shadow. It was a sign, she thought, of something momentous. Or at least, she was going to take it as a sign, which meant pretty much the same thing. Right about then she realized they weren’t alone.

“What the hell is going on here, Ian?” Face burning, she stepped away from him immediately. Busted. Robert carefully looked between the two of them, a growing awareness on his face.

Grant smoothly took over. “I just drove out to see Bart’s old place. I’d hoped Miss Dean might be interested in selling.” Just like that, he became completely detached. Gone was any trace of whatever had happened between them. The moment felt stolen, instead of real. He didn’t want Robert to know. Know what, she wasn’t sure, but she did remember Robert’s final words yesterday…get the hell out of here, Ian… Her legs were still a little shaky, but as the distance opened between them, her bearings came back. Fine, she thought, two can play at that game.

“Mr. Grant was explaining to me his plans for Aviemore.” She felt Grant’s jolt of surprise behind her. “I’m afraid I’ve…” she went on sweetly, “…fallen in love with the old place, too. So, of course I can’t sell.”

It was a small victory to see that coolness crack for a second. “Then I believe I won’t waste any more of your time.” His footsteps echoed down the empty hall.

Logan held up a hand to Robert. “Give me just a sec, will you?” She waited on the porch until he opened his car door before calling out. “This isn’t over. Why did you come here, Grant?”

“You don’t want the kind of answers I’ll give you, Miss Dean. Trust me.”

She laughed. “Maybe not, but sometimes those are the only kind you get.”

Squee!!!  I can’t wait for you to read all about them.  Logan isn’t one to let things go, and Ian’s not about to walk away, but they’re about to discover that their worst nightmare is something they thought was long dead and buried.

You can leave a reply or Trackback this post.